When we attend an arts event, whether we are sitting in a theater watching a ballet or going to a museum to view paintings by the great masters, odds are that we haven't done a whole lot of research beforehand. Perhaps we looked up the show/exhibition/musician on the internet or read some of the supplemental materials on the organization's website before we purchased the ticket. In any case, having more information about the art we're viewing certainly has a positive impact on how engaged we are.

Arts organizations around the world are integrating technology into arts events in meaningful and engaging ways to provide information, background, and context.

Let's take a look at some examples of how technology is being used to curate the arts experience.

There are a few examples of how orchestras and opera companies are using technology to bring real-time information to the audience. One of the benefits of this is to keep audiences engaged by pointing out important points in the music as they are happening.

The EnCue app allows organizations to load in their own content or use pre-made templates for standard orchestral repertoire. As your patrons enjoy the concert, the app pushes out useful content on their mobile devices. You may ask if this is distracting to those in the audience who are not using their phones. EnCue, says that they have developed technology that minimizes the screen brightness and glare so that it does not become a distraction. 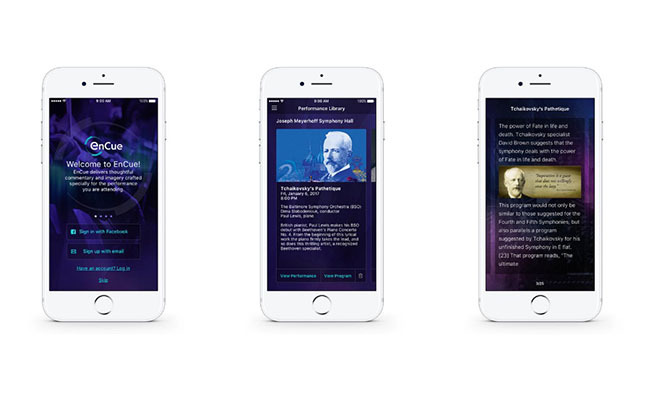 You may remember the precursor to this developed by Palm Beach Opera in 2014 called Opera LiveCue. The lightweight web app pushed translations and fun facts to audience members at PBO's outdoor Opera @ The Waterfront concert. The concert occurs during the day so a supertitles screen was not feasible. Using the app was a way to keep the audience engaged as well as providing an educational aspect to new opera-goers.

Following the lead of London's National Theatre, New York's Signature Theater installed large touch screens in their new lobby in 2012. Since then, technology has improved such that screens and kiosks are more feasible, even for organizations with more modest budgets. 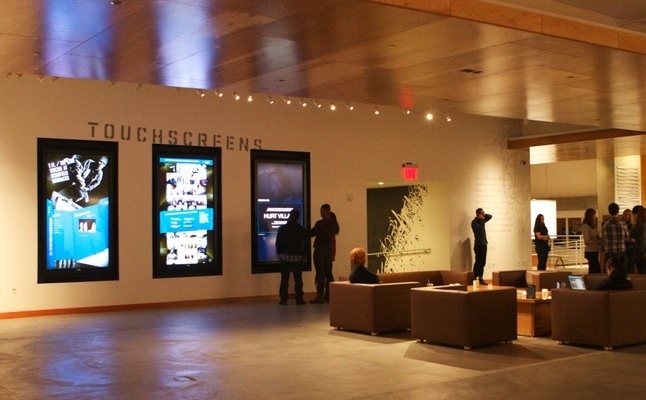 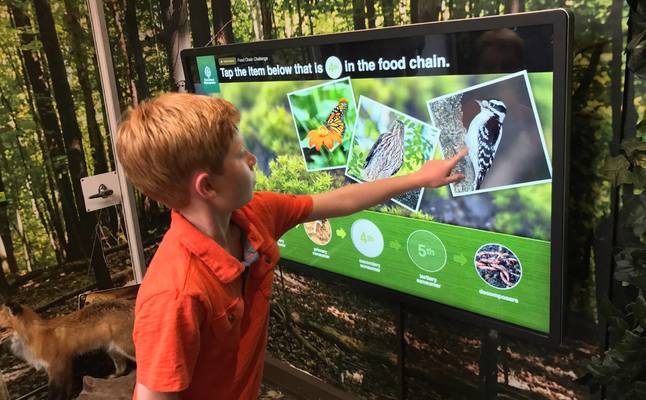 We also worked with the National Inventors Hall of Fame to create four interpretive interactive experiences for in situ touchscreen kiosks as a part of their Intellectual Property Power Exhibition. The interactives included games designed to educate visitors about the importance of trademarks, soundmarks and charactermarks, and a quiz for school-aged kids that helps them identify their own "Inventor Superpowers". 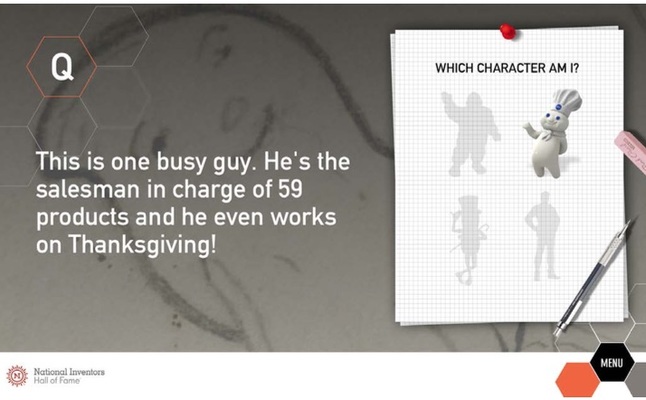 Beacon technology has been around for some time now and has traditionally been used in the retail industry. More recently, beacons have begun to make their way into arts venues, especially museums.

As an integrated feature in their app, the Solomon R. Guggenheim Museum in New York uses beacon technology to automatically present visitors with audio, video, and text related to the artworks and building features nearest to them, providing a site-specific experience for visitors as they move through the museum. 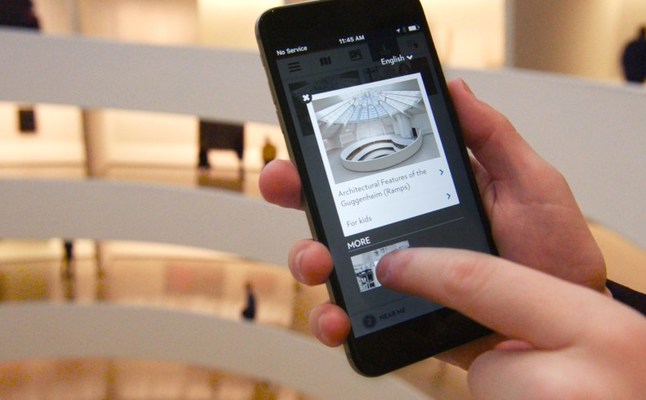 The Cleveland Museum of Art uses beacons in conjunction with their ArtLens app which communicates with the museum's 230 access points for beacons to serve additional media such as video, still images and texts to place nearby works in context for visitors. If patrons would like more information about a specific piece, they can scan its ArtLens icon with the app to receive extra content. 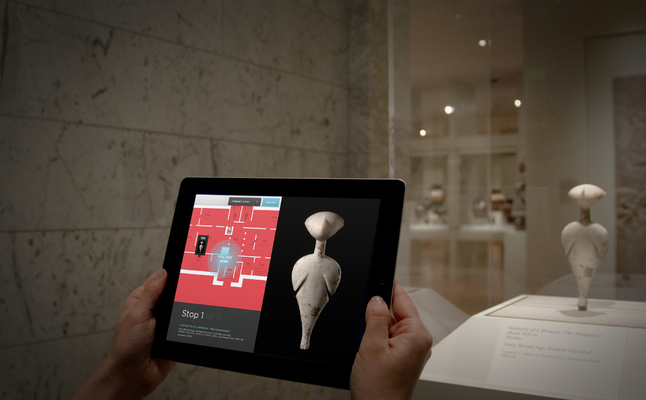 In addition to serving up content, beacons can gather useful data such as how long patrons view each work and identify the most popular exhibits or areas.

Virtual reality lies on the cutting edge of interactive technology but some organizations are starting to dip their toes in the water.

The Metropolitan Museum of Art launched “Small Wonders: The VR Experience,” inviting visitors to use a VR headset to explore the detailing on a 16th century Gothic prayer bead. Moving around the intricate designs is made possible by CT scanning. 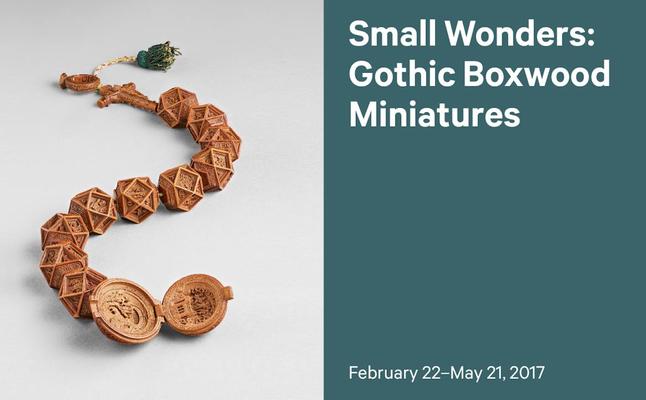 Eric Hupe, an instructor at the University of Virginia, was inspired by his work at The Met to bring a VR experience to his classroom. He provided students with headsets from that allowed them to explore the frescoed walls of Renaissance Italy right from campus in Virginia. He also utilized stitched images and projectors to turn his classroom into a 14th century room in Siena, Italy. 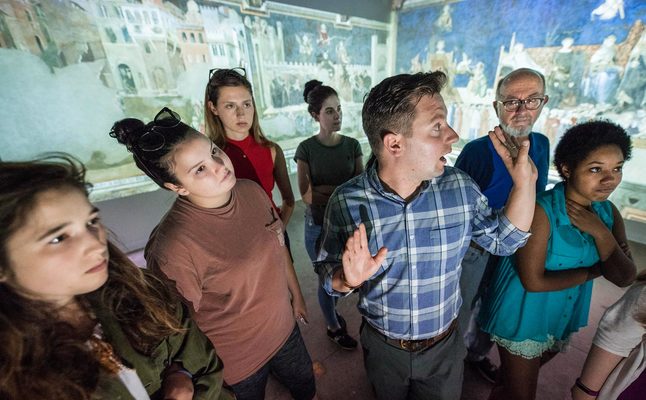 What would you want to share with your patrons while they are at one of your events to increase their engagement or understanding? Take that one step further and think about how technology could be used to accomplish it.